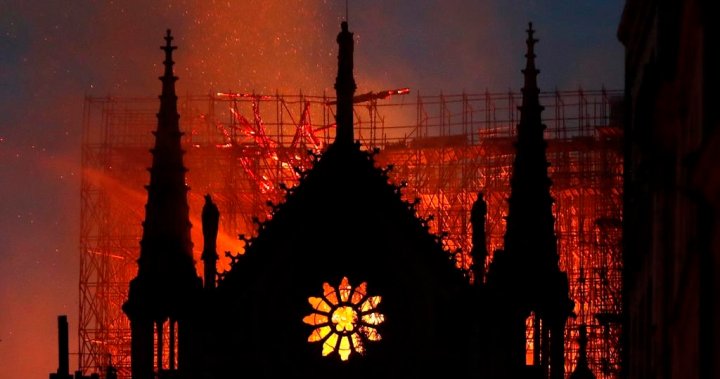 What happened to… the fire in Notre-Dame Cathedral?

In this episode of What happened to …? Erica Vella revisits the fire at Notre-Dame Cathedral in April 2019 which threatened the future of the historic building.

On April 15, 2019, a fire ravaged the iconic Notre-Dame de Paris cathedral. The world watched in despair as the spire collapsed and the firefighters worked to save the building.

Michel Picaud, who created the Friends of Notre-Dame de Paris, had visited the cathedral earlier in the day to work on plans to restore the centuries-old cathedral.

What happened to the … murderous hornets?

At 6:30 p.m. local time, Picaud said he arrived at his home and received a phone call telling him the cathedral was on fire.

“I came to the square in front of the cathedral… It was really a terrible, terrible moment for me to watch this and… to realize that in fact what we had been working on for the last two years was completely zero because that everything was in flames, ”Picaud said.

1:54
The glorious and tragic history of Notre-Dame cathedral

The glorious and tragic history of Notre-Dame Cathedral – April 15, 2019

“We didn’t know if the building would even be saved there. “

The flames started just before 7 p.m. local time and spread rapidly throughout the cathedral, which is one of the best-known structures in Europe.

About 400 firefighters attempted to contain the blaze with garden hoses, as police and other emergency personnel cleared the area.

It was not until the early hours of the next day that the fire was considered to be under control.

The fire at Notre-Dame cathedral is under control, according to Paris firefighters

The cathedral’s iconic towers have been saved, but its roof structure has been lost, the rector of the church said.

Firefighters worked diligently to save the towers and prevent a bell from collapsing, but their efforts failed to save a roof structure dating back to 1220, Mgr. Patrick Chauvet.

In this episode of Global News What happened to…? Erica Vella looks back on the history of the Gothic cathedral and discovers how the fire almost threatened its future. She also finds out how much work is being done to repair and restore the building.

– with files from Maham Abedi and Jesse Ferreras

If you like What happened to …? Please take a minute to rate it on Apple Podcasts or Google Podcasts, let us know what you think about it and share the show with your friends.

If you haven’t yet subscribed, what are you waiting for?