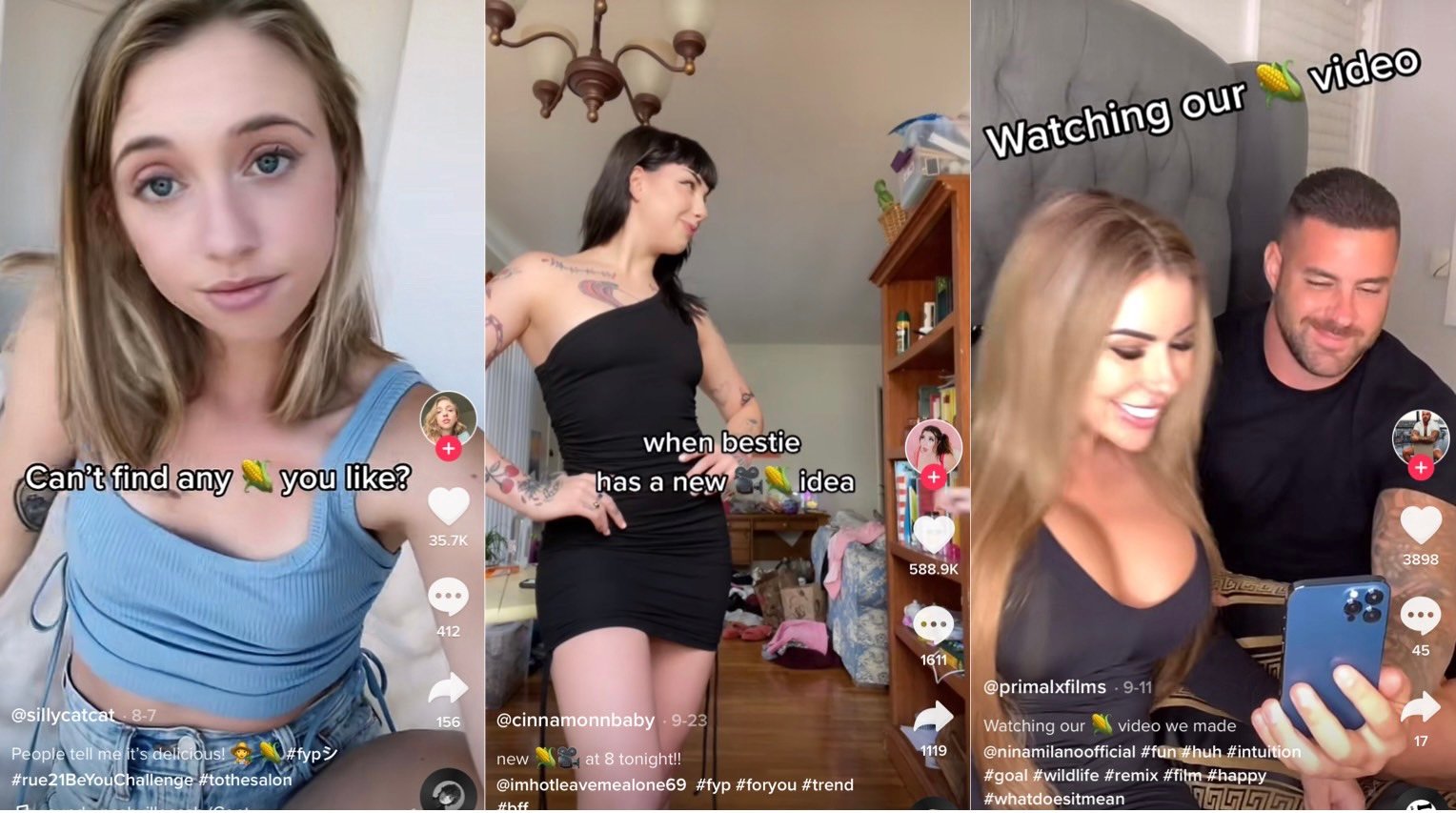 TikTok has its own vocabulary full of slang terms, phrases, and acronyms, and it’s often difficult to understand what they mean.

“Cheugy”, “heather”, “ratio” and “simp” are just a selection of the app’s weird slang words, and now TikTok users have started using emojis as well.

That’s right, emojis, like the brain, chair, and fingernails all have hidden meanings. Confusing, right?

A commonly used emoji on TikTok is the corn emoji, 🌽, but what does that mean? Hint: it’s pretty scorching.

What does corn mean?

If you see someone writing the world “corn” or using the corn emoji, it means p * rn.

TikTok users use the corn emoji to represent p * rn as the two rhyming words, but that’s not the only reason.

Why do people use corn emoji?

Internet users use the corn emoji when talking about p * rn because TikTok prohibits the use of certain words on the app.

In its community guidelines, TikTok said they “do not allow nudity, pornography or sexually explicit content” on the platform.

“We also prohibit content depicting or supporting non-consensual sexual acts, the sharing of non-consensual intimate images and the sexual solicitation of adults,” they continued.

While this is mostly for X rated videos and language, explicit language can lead to deletion of videos as well.

So, to prevent their content from being flagged or deleted, people instead use the corn emoji when talking about p * rnographic content.

Another emoji with steamy meaning

Corn isn’t the only emoji with steamy secret meaning, so is the brain.

What do you think the brain emoji means? Something to do with thought or intelligence, isn’t it? Well, that’s what most people think, but that’s not the case in the TikTok world.

“Brain” is actually a slang term used by young people to refer to giving oral sex. So every time you see the ‘🧠’ emoji used on TikTok, it is the code for something rated X.