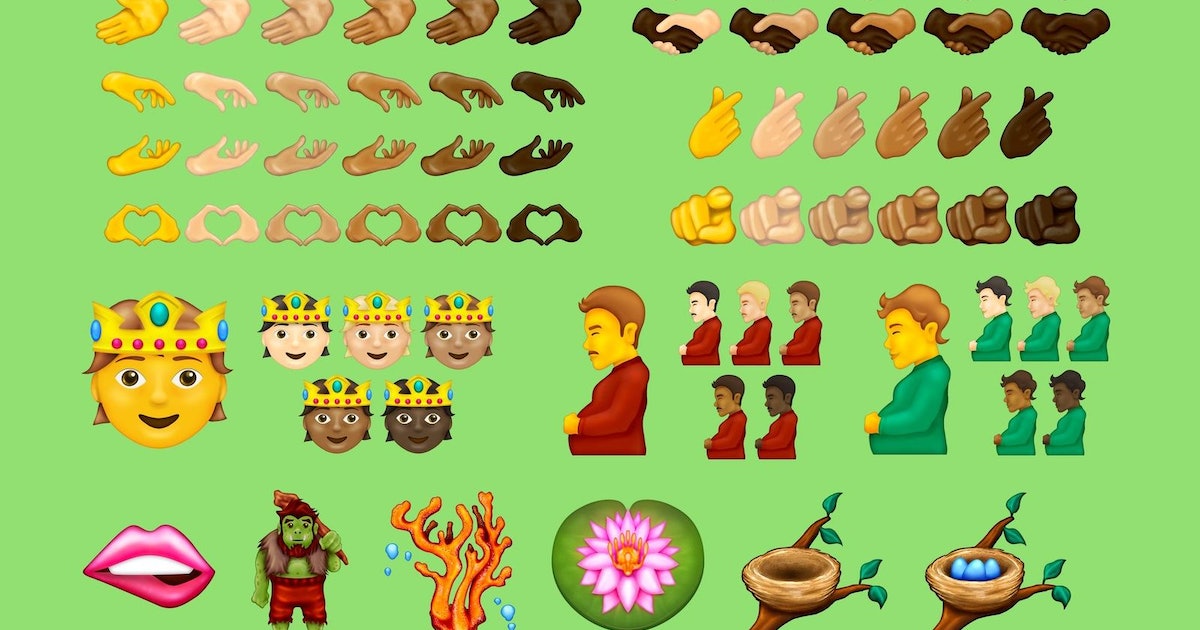 Unicode’s new iPhone emojis for the diversity of 2021 champions

Get ready to take chatting with your BFFs to the next level with all-new emojis. Unicode’s new iPhone emojis for 2021 were revealed on July 15, and they’re all aimed at celebrating diversity. Here’s a look at the lineup, which includes an adorable fondant smiley face and a pregnant man.

Emojis are certainly one of the easiest ways to convey a message without actually typing any words, and sometimes they are the only way to accurately communicate a specific mood. With Unicode’s new emoji draft list, which was released ahead of World Emoji Day on July 17th, you can expect to share even more unique expressions with your friends.

The range, which was developed for your Apple and Google devices, features plenty of fun and interesting emojis that will spice up your messages, including a melt-in-the-mouth smiley face, disco ball, and biting lips. There are also some unexpected emojis you can get creative with, including an x-ray, ID, slide, and mug with spilled water. You will also be able to express yourself with some new hand shapes, such as heart-shaped fingers and an index finger pointing towards the viewer.

The 2021 lineup also includes a whole host of emojis that include race and gender. ICYDK, emojis have only had more diverse options over the years, and with the list coming soon, you’ll even be able to customize your handshake emoji with different skin tones. To top it off, there are new non-binary emojis, including a neutral person with a crown that spans the existing prince and princess emoji, and a pregnant man and a pregnant person to join the pregnant woman.

Since these emojis are still on the draft list, you won’t be able to see the full lineup until September, when Unicode will finalize the lineup. However, most of the emojis on the provisional list usually make it to the final cut, so you can definitely go for all the new options. The new emojis are expected to roll out to Apple and Google devices from late 2021 to 2022, so be sure to keep an eye out for the update.