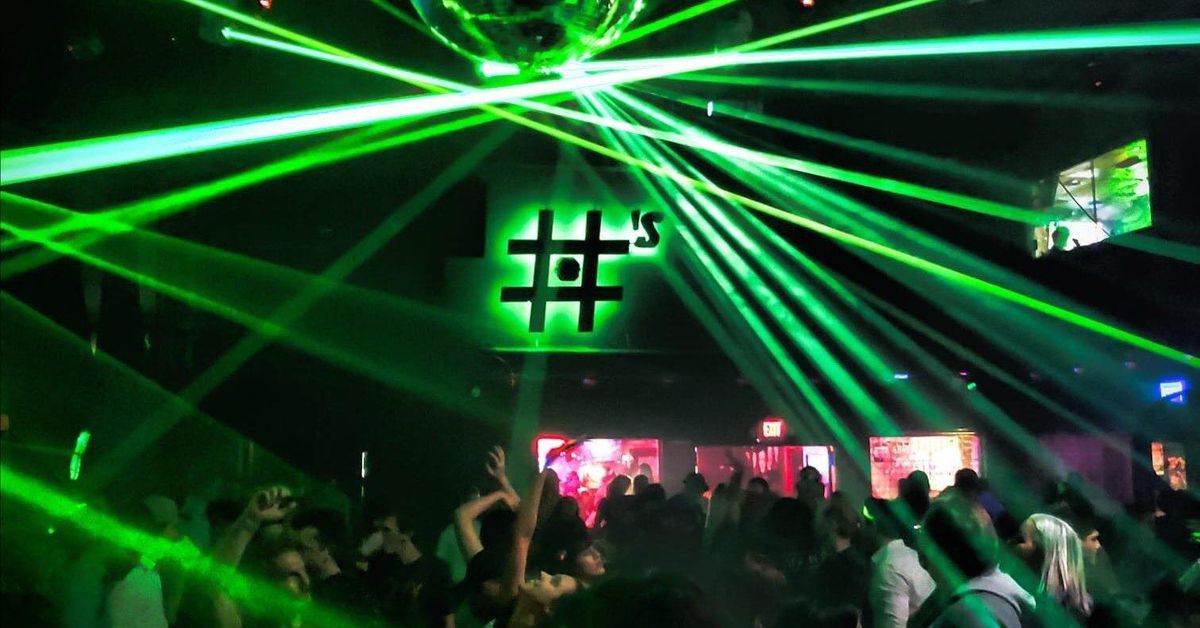 Nearly a decade in the works, a new documentary that tells the story of one of Houston’s most iconic nightclubs is set to debut this month.

Called Friday I’m in love, the film focuses on the decades-long history of the legendary Montrose Numbers nightclub, and will premiere at the club on Saturday, July 31. Over the past nine years, filmmaker Marcus Pontello has delved into the club’s history, exploring his role in the Houston gay rights movement of the 1980s, the AIDS crisis of the 1990s, and his a sometimes fragile – but long-standing – heritage as one of the city’s most important cultural icons.

Numbers, which opened in 1978 as a gay nightclub, is one of the oldest alternative clubs in the United States. Over the years, the club has built a reputation as a haven for misfits of all ages – gays, bonkers, art kids, punks, goths, and every other type of outsider – thanks to its philosophy of acceptance and at his age of 18 years and over limit.

According to Pontello, they were one of those misfit children. Originally from Pearland and now working as a clothing designer, Pontello attended the High School for Performing and Visual Arts (HSPVA) while still located in the Montrose. Friends first took them to Numbers in 2003, for a Yeah Yeah Yeahs concert. Pontello quickly discovered Classic Numbers, the long-running Friday night dance party that still plays New Wave, Gothic, Industrial, and other deep 1980s musical pieces.

For Pontello, who is gender non-conforming and uses them / them pronouns, the experience was transformative. “It just changed my life,” they said. “Much like HSPVA, I was in a tolerant environment where I could dance the night away and express myself without getting fucked. And that’s how the love story began.

After high school, Pontello left Houston, living in places like Los Angeles and New Orleans, where they worked in television and film and in the wardrobe industry. But even with the renowned nightlife of these two towns, Pontello could never find a place like Numbers. They started to think about a way to share the unique – and Houston-only – story of Numbers, and the idea for a documentary was born.

Pontello began his research for the film by finding the original owner of the nightclub, Beverley Wren, who founded the place in the mid-1970s as The Million Dollar City Dump. Wren, which died in 2014, originally operated the club as a sort of dinner theater, later turning it into a gay dance club that everyone now knows as Numbers. The name is, apparently, a reference to the fact that the club was a good place to mark the phone number of a potential partner before cell phones and the Internet.

Bruce Godwin, owner of a local record store and regular DJ at the club, and Robert Burtenshaw, a British video artist, bought the company in 1987. It was thanks to them that Numbers gained a reputation as a concert hall. , often hosting concerts. emerging and underground groups before they became known nationally. Godwin also hired Wes Wallace, who has hosted the Friday Night Classic Numbers Dance Party almost every week since 1991.

But for Pontello, Numbers isn’t just a place for music. After interviewing Wren, the floodgates opened, and Pontello quickly learned about the four-decade significance of the place as a gathering place for Houston’s LGBTQ + community.

For the film, Pontello delved into the Gulf Coast Archives and Gay, Lesbian, Bisexual and Transgender History Museum, and spent hours reading issues of This week in Texas magazine, the city’s gay alternative weekly, now defunct. Pontello also had access to the venue’s archives, which included promotional videos created by Burtenshaw, and interviewed more than 200 people for the film. To complete the film, they applied for grants and started a GoFundMe in 2015 to help complete the film.

“I never wanted to make a musical documentary,” says Pontello. “There is an incredible historical and musical legacy that is growing, but at the heart of it truly is this beacon of acceptance. Literally everyone has said the same thing about why Numbers is important to them: “It accepted me more than anywhere else in Houston. “

With the wealth of material and Pontello’s lack of experience as a new filmmaker, the process took a long time. In the meantime, the place itself has suffered setbacks. Rumors of Numbers closing or selling occasionally appear, including a listing in 2010. In 2013, Longtime owner Robert Burtenshaw committed suicide. (Rudi Bunch, who has been on Numbers’ staff for many years, has owned the club since Burtenshaw’s death.) And in March 2020, Numbers was forced to shut down, like many other bars and restaurants in Texas, during the onset of the coronavirus pandemic.

The club reopened just a few weeks ago and the Friday Night Classic Numbers dance party celebrated its 30th anniversary on July 2, playing in front of a whole new generation of young underdogs. It’s unclear exactly what his future holds for him, but Pontello believes the bar’s streak of longevity will continue. “The numbers continue to change every Friday,” Pontello said. “It will continue to evolve for many, many years. The story is not over yet. “

The July 31 screening of Friday I’m in love is sold out, but tickets are still available for a second screening on Sunday August 1. Click here for more information.

If you or someone you know is considering suicide or self-harm or is anxious, depressed, upset, or need to talk, call the National Suicide Prevention Hotline at 1-800-273-8255 or text the Crisis Text Line at 741-741.


Register to receive the newsletter

Growing Pains grew up in the Portland music scene. Now they’re doing some of the best indie-meets-emo rock in town