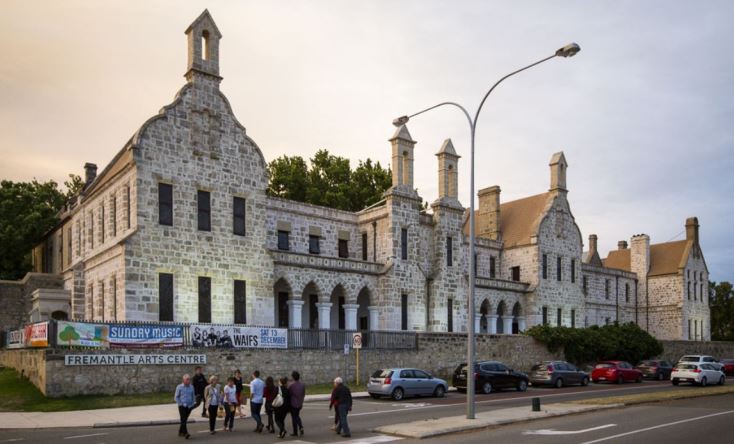 A new Conservation Management Plan to guide the on-going maintenance and preservation of one of WA’s most intriguing heritage buildings has been adopted by Fremantle Council.

The Fremantle Arts Center was built using convict labor and opened in 1864 as the Convict Establishment Fremantle Lunatic Asylum and Invalid Depot.

It was listed on the National Register of Historic Places in 1993.

As part of its focus on asset management and the conservation of its heritage assets, the town of Fremantle hired a consultant heritage architect last year to prepare a new conservation management plan for the building.

“As well as being one of the finest examples of Australian Gothic architecture in the state, the Fremantle Arts Center has an absolutely fascinating history,” said Cr Sullivan.

“Beginning its life in the 1860s as a lunatic asylum built by convicts, this evocative and imposing building also served as a US Navy submarine depot during World War II, a women’s home, technical university and museum.

“It was also the center of one of WA’s earliest heritage battles when threatened with demolition in the 1950s and 1960s.

“Today it is one of our most beloved treasures and one of Fremantle’s greatest attractions, with over 500,000 people visiting the building each year to enjoy the exhibitions, events, courses, coffee and gift shop.

“Since then, smaller amounts of maintenance work have been done each year as part of the City’s building maintenance budget.

“Due to its age, exposed environment, variety of uses and construction work over its history, and the demands placed on the facility with continued public use, the building is now in need of extensive work. conservation.

“This new conservation management plan will not only help record the important history of the building, but also guide its conservation and ongoing management.”

The land for the Fremantle Arts Center is owned by the State through the Lands Department and vested in the Town of Fremantle by management order. The City is responsible for the site, its conservation and its day-to-day management.

Conservation works identified in the new management plan include repairs to the roof, walls, structure, layout, fixtures and surrounding infrastructure on the site. The estimated cost of all the identified work is $ 4.95 million.

Last night, the council’s FPOL committee voted to accept the plan and advance work recommended as part of the City’s long-term financial plan.

/ Public distribution. This material is from the original organization and may be ad hoc in nature, edited for clarity, style and length. See it in full here.