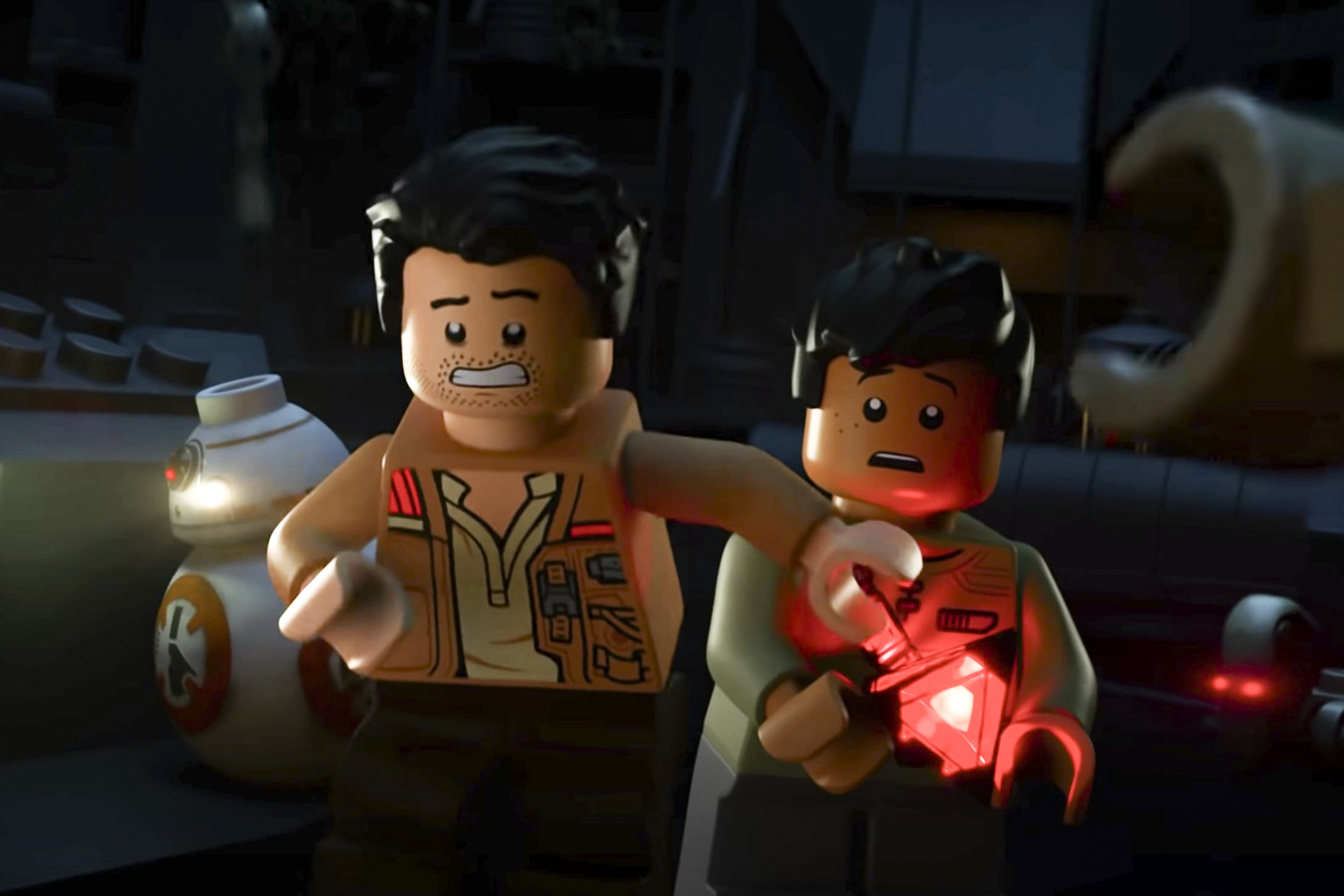 The Star Wars franchise has varied in quality over the past few years. Many Star Wars enthusiasts see the creative process that occurred for the three consecutive films (“The Force Awakens”, “The Last Jedi” and “The Rise of Skywalker”) and, to a lesser extent, the two films. derivatives (“Rogue One” and “Solo”), more interested in maximizing profits than delivering a cohesive and satisfying story.

That being said, multimedia spinoffs such as the ‘Mandalorian’ series, various books and comics, and the recently released anthology anime collection ‘Visions’ prove that, in good hands, the Star Wars franchise is still rich and rich. refreshing. ideas. Continuing this trend, “Lego Star Wars Terrifying Tales,” like last year’s “The Lego Star Wars Holiday Special”, is fun and creative.

One of the special’s greatest strengths is its willingness to draw inspiration from all facets of Star Wars canon, from lore previously only found in the comic book series to era mashups. previous starring General Grievous and Darth Maul. It finds some of the coolest areas of the Star Wars realm and capitalizes on their existence, even synthesizing unrelated storylines to create new ideas and situations.

At the center of this special is Poe Dameron (Jake Green, “Grey’s Anatomy”), the daring X-Wing pilot featured throughout the trilogy. Its portrayal here is silly, as one would expect from Lego, but still retains its heroic characters from the movies. There’s also Graballa the Hutt (Dana Snyder, “Paradise PD”), who is as enterprising and gooey as the rest of his brethren, and his impressionable and benevolent young assistant Dean (Raphael Alejandro, “Jungle Cruise”). But Vaneé (Tony Hale, “Arrested Development”), formerly one of Darth Vader’s Imperial minions, is sure to please both new fans and diehards alike. He’s taken from the depths of the Star Wars Extended Universe, making an appearance in “Rogue One,” the rest of his character being fleshed out in comics and books. Hale’s portrayal keeps the typically brooding and stern character light and awkward.

The three “terrifying stories”, told by Vaneé to Poe, Graballa and Dean, are not terrifying. They are, however, full of intriguing and unconventional ideas – something that the majority of the sequel trilogy lacked. While the Lego context means that the horror elements can’t be ‘scary’ in the traditional sense, the creators certainly took advantage of the fact that the particular wasn’t canon and let their imaginations run wild.

The first and best story is called “The Lost Boy”, a parody of Joel Schumacher’s 1987 vampire film “The Lost Boys”. The sequence reimagines Kylo Ren’s origin as an over-the-top ’80s emo montage, with a late-night saxophonist. Funky and fresh grooves are Kylo’s real catalyst for joining the dark side. There’s also a surreal dream sequence that plays out like a Lynchian Jedi dream, with floating heads and weird chants depicting Kylo’s inner conflict. The story still manages to carry some of the sadness felt in the real origin.

The second track features the previously mentioned Darth Maul and General Grievous lightsabers on a powerful Sith artifact, and the third story is a simulation style about the possibilities if Luke Skywalker joined the Imperial Academy. Vaneé tells the three stories to Poe, Graballa and Dean; the lessons and elements of the stories advance the intrigue of the four at Vader’s Castle.

The stories, and the Special in general, prove that Star Wars can and should be a bit more experimental. The horror-lite elements feel right at home, and for die-hard fans of the books and comics, witch-tales, ghost stories, and cosmic irony are nothing new. It’s a shame that many large-scale projects from the Disney Star Wars era have been creatively diluted to appeal to as many audiences as possible.

“Lego Star Wars Terrifying Tales” is a unique adventure full of classic horror references. It shows how much untapped potential there is still in the Star Wars universe. It’s an experience that should encourage other creatives involved in Star Wars to think outside the box and let go of the fear that comes with experimentation. Because if there’s one thing all Star Wars content teaches, it’s, in Yoda’s words, “fear is the path to the dark side.”