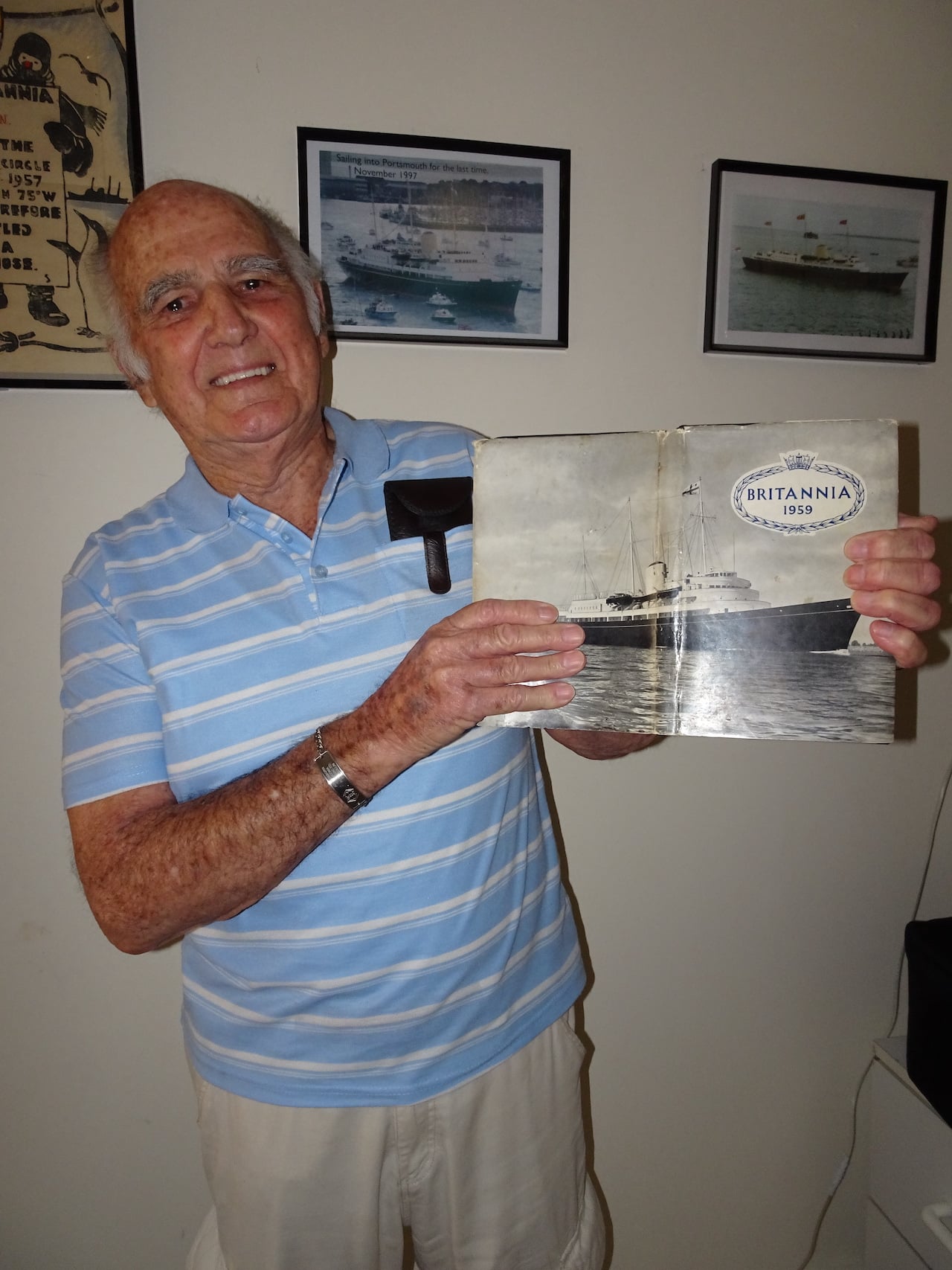 John Osborn looks back on sailing days with Prince Philip

When Rockingham man John Osborn learned of the death of Prince Philip, Duke of Edinburgh, it brought back a flood of happy memories of his days as a skilled seaman on the royal yacht. Britannia.

“I was absolutely devastated when I heard that the Duke of Edinburgh had passed away, I had bought him a 100th card for his birthday in a few months,” John said.

Surrounded by memories, John recalls the times he traveled the world with the Duke, and sometimes the Queen, on board, along with their two oldest children, Prince Charles and Princess Anne. There were also visits with the Queen’s sister, Princess Margaret and the Queen Mother.

“The Duke was a really nice guy, there was no set-up, he was very competitive, curious and knowledgeable,” John said.

Born in Lincolnshire on May 31, 1935, John grew up with his four sisters on a small farm, but his parents did not want him to have a difficult farming life. At 14, he applied to join the Royal Navy and was accepted, joining HMAS. Ganges to 15.

“I did nine months of training there, then I went on the training ship HMS Tireless for 12 weeks before being assigned to HMS Suberb who went to the West Indies. I then volunteered for the Royal Yacht Britannia and was interviewed in London on the first trip to Tobruk with a young Prince Charles and Princess Anne on board. There we met the SS Gothic that the Queen and Prince Philip had used on their Commonwealth tour. On the way back to the UK, we stopped over in Gibraltar.

In 1955 John was on board Britannia when Princess Margaret visited the West Indies for a joyous reception. Several photos of the princess show her greeting naval personnel, a delicate fashionable figure of the time.

John’s first real taste for mingling with royalty was the 1955 state visit to Norway with the Queen and Prince Philip.

“The Prince played deck hockey and was very competitive and played all the sports on board,” recalls John.

John joined Prince Philip on a trip to Denmark, and in 1956-1957 embarked on a four-month world tour of the South Atlantic.

“There was a beard contest on board and the Duke told me he didn’t want to see me participate as I was one step ahead with a very bushy beard,” John said.

The trip to Antarctica culminated when Prince Philip opened the Melbourne Olympics in 1956. John met Australian runners Shirley Strickland and Betty Cuthbert who showed him around the Olympic Village.

During the voyage to Antarctica, the crew members aboard the Britannia met Norwegian sailors for a football match. There was also an art poster designed by Prince Philip commemorating the crossing of the Antarctic Circle on January 1, 1957.

John has a framed print with his name in his office. Among his hobbies on board, John enjoyed bottling boats while other sailors painted and made woolen rugs.

While traveling with Prince Philip to the South Sea Islands in 1959, the Prince shot dead a crocodile on the Gambia River.

“We saw him almost every day on board,” John said.

“An eventful visit by the Queen to Canada in 1959 saw her grant us about 15 extra shore days because we had worked so hard.”

When John’s sister Mary, who worked at the Royal Polo Pony School at Windsor Castle, was punched in the face by a horse, the Duke was extremely worried and monitored her recovery.

Recalling his service in the Navy, John says he spent 10 years in the Navy with only one Christmas at home, but he loved what he did. When he broke his right arm while taking a boat to shore, a young Princess Anne signed his name on the cast with the crew members.

the Britannia typically had 240 navy personnel on board, two-thirds permanent and the rest occasional. During his naval years, John met Lord Louis Mountbatten and King Hussein of Jordan among many dignitaries, including the Queen Mother who loved fishing. John was on board Britannia during his visit to Northern Ireland in 1958.

In 1974 John, his late wife Betty and their two sons David and Andrew moved from Great Britain to Victoria, before settling in Perth where John held a supervisory position on Garden Island for 15 years. He married Lillian in 2015.

“It has been a real privilege to know the people I have met,” said John.

Personal Loans For Business – Is It A Good Idea?

The bride wears a crown and a garland in ‘Golgappa’, VIDEO VIRAL –