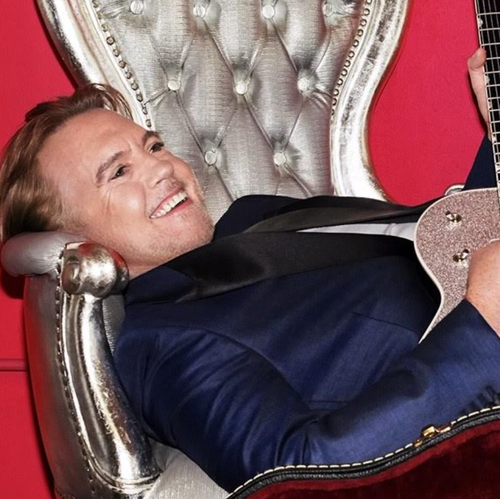 Fans will hear all the hits including “Da Doo Ron Ron”, “Hey Deanie”, “Do You Believe In Magic”, “That’s Rock and Roll” and more – plus some holiday tunes!

Known as the son of the matriarch of the Partridge family, Shirley Jones, and the younger brother of the late David Cassidy, Shaun Cassidy has made his name as a singer, writer, producer and actor. As an actor he appeared in Blood Brothers, American Gothic, General Hospital and the Sturdy boys. Cassidy has also released several successful albums including Under the envelopes in 1978 and its final release, Wasp, which features covers of songs like “Rebel, Rebel” by David Bowie and “So Sad About Us” by The Who.

The show, which is part of the Pepsi Rock Driven by North American Motor Car series and sponsored by Not Your Granny’s Tea, also includes funny and moving stories of his famous family and extraordinary life. An iconic pop star of the 70s and 80s, Shaun went behind the scenes to become one of television’s top writers, creating shows like American Gothic, Invasion, and produce series like the current NBC hit, New Amsterdam.

For more information or to purchase a Contactless Home Printing Ticket ($ 75.00), go online at www.ridgefieldplayhouse.org or, you can visit or call the box office (203) 438-5795.

The Ridgefield Playhouse is a non-profit performing arts center located at 80 East Ridge, parallel to Main Street, Ridgefield, CT and is committed to keeping the arts alive and accessible to all.