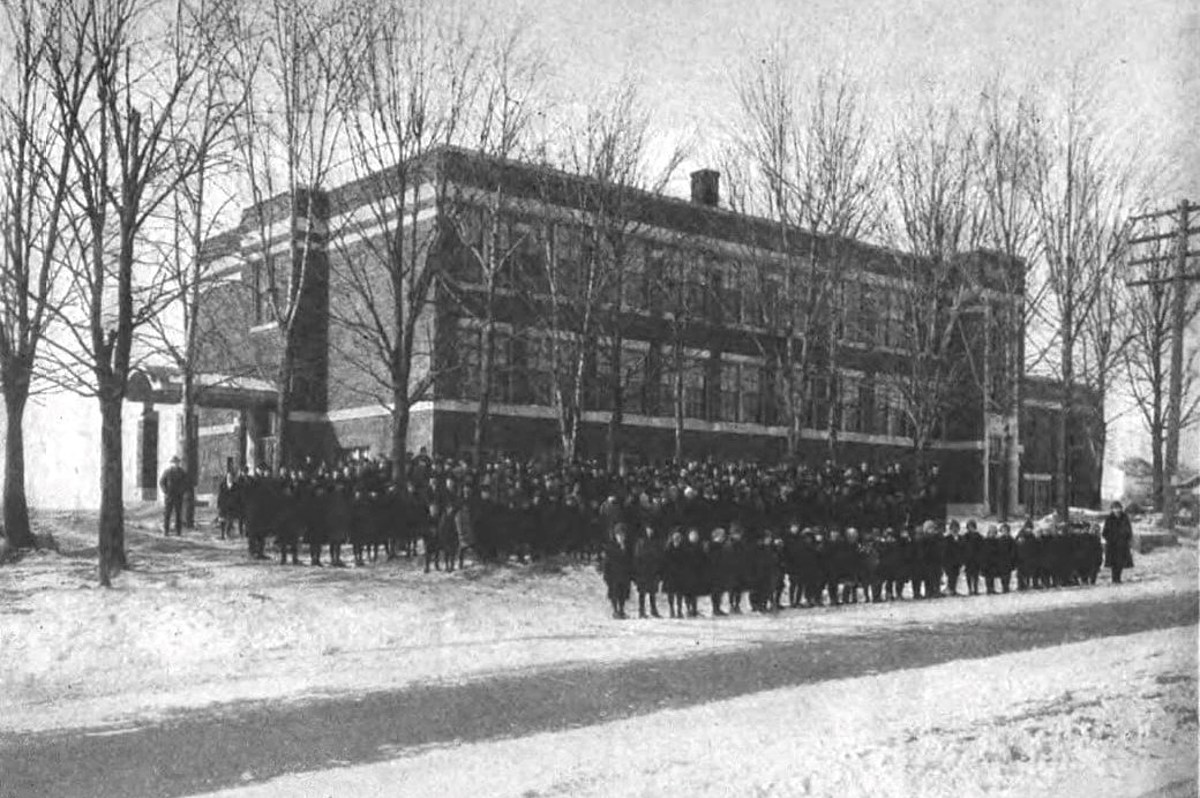 It’s hard to believe the the largest school district in Genesee County, with around 8,300+ students, got its very first course in 1922 with just three students. One hundred years ago, it all started when the school of the communal unit of Grand Blanc opened its doors to students for the first time and welcomed all 350 students of Grand Blanc in one building. This decision made Perry the first consolidated school in the state of Michigan.

The first class of the Grand Blanc high school

It might not have been a big class, but it was the first class and there were only three students. In June 1922, the first graduates of GBHS were Ethel (Tyler) Vandawaker, Ernest Somers and Berneda (Taylor) Bennett. In their true Bobcat form, they continued to do great things.

According to the Association des Anciens du Lycée Grand Blanc, Ethel then attended Genesee County Normal School and Michigan State Normal College in Ypsilanti, obtaining a teaching certificate and becoming the first alumnus in GBHS history to return to Grand Blanc to teach. Berneda attended Flint Business College after graduating and remained local in the area, living most of her life in Fenton.

Ernest graduated from Michigan State Normal College and Detroit College of Law and practiced law at Flint. If the name sounds familiar to you, it may be due to the fact that he served several terms as mayor of the town of Grand Blanc and was ultimately elected a judge of the circuit court in Fenton.

The Perry Center has gone through many changes over the years with renovations and remodels, but the story has remained intact. I attended college there before I moved to build the high school west campus, and eventually the east and west middle school buildings. Over the years, the building has been considered one of the “markers” of the history of the Grand Blanc, and the history must be celebrated!