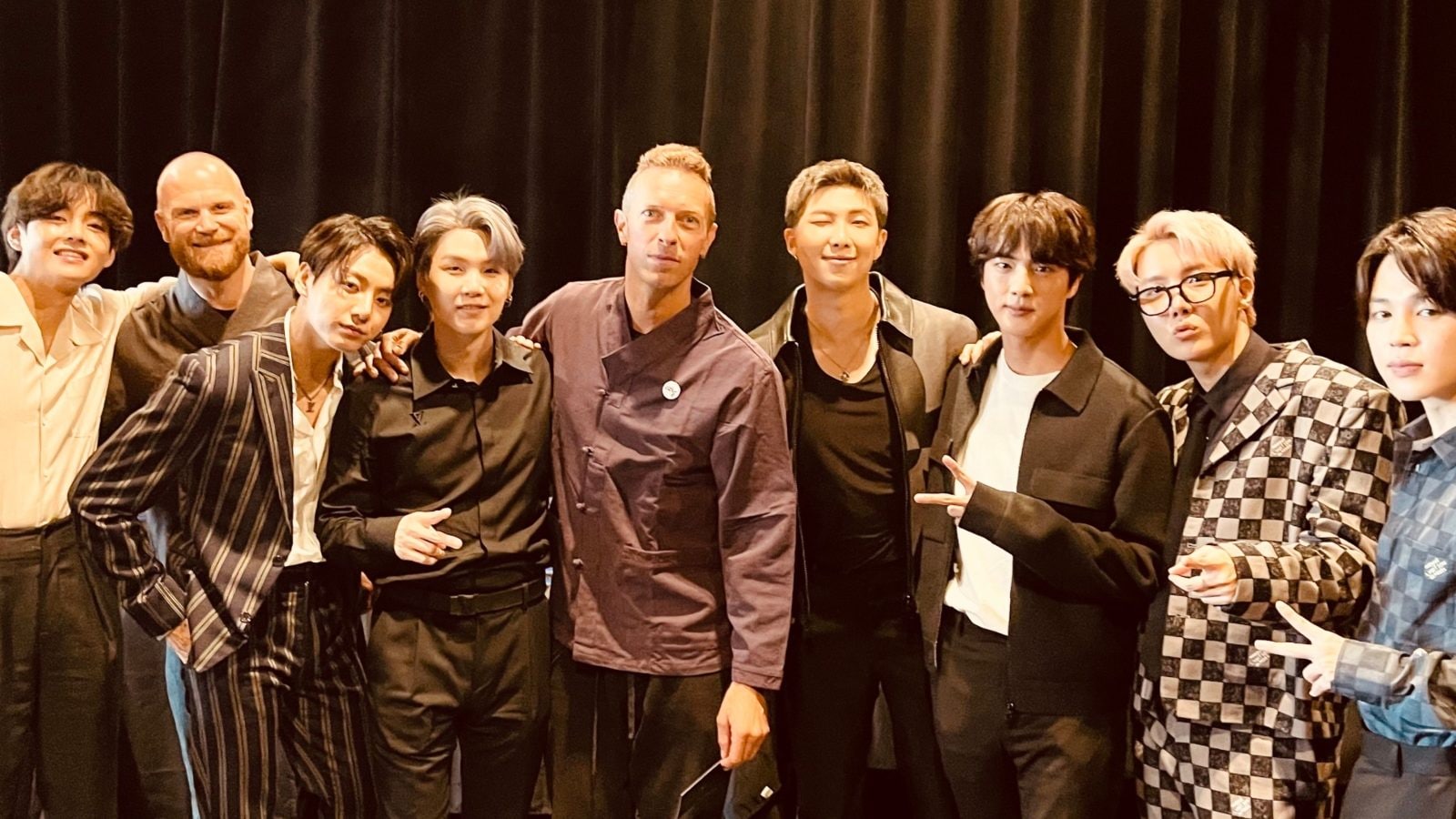 BTS and Coldplay pose for a photo

Ahead of the release of My Universe, BTS and Coldplay reunited in New York City, and the band members can be seen wearing the clothes the K-pop group gave them.

BTS and Coldplay’s long-awaited collaboration, My Universe, is set to release on Friday, September 24. Ahead of the new single’s release, the two groups reunited in New York City and posed for a photo that has been touring fans of the ARMYs and Coldplay. the world is going crazy. The septet consisting of Jin, RM, V, Jungkook, Suga, Jimin and J-Hope took to their official Twitter account and shared the image with the caption: “My Universe Crew! (+ Modernized Hanbok) “. For the uninitiated, hanbok means traditional Korean clothing. Coldplay members can be seen wearing the clothes the K-pop group gave them.

This is the second time they have met. In April, Coldplay frontman Chris Martin traveled to South Korea to work on their track. The group had also shared an audio teaser a few days ago.

Meanwhile, the septet flew to the United States to speak on Monday during the United Nations General Assembly’s SDG Moment. Prior to that, the group members met with South Korean President Moon for an official ceremony in which they were appointed Special Presidential Envoys for Future Generations and Culture. Accepting the diplomatic passport offered by the South Korean government, BTS landed in New York on September 18.

They took over the UNGA hall and the outdoor grounds with a performance of their song Permission to Dance. They also spoke on various important issues – from climate change to vaccination against Covid-19.