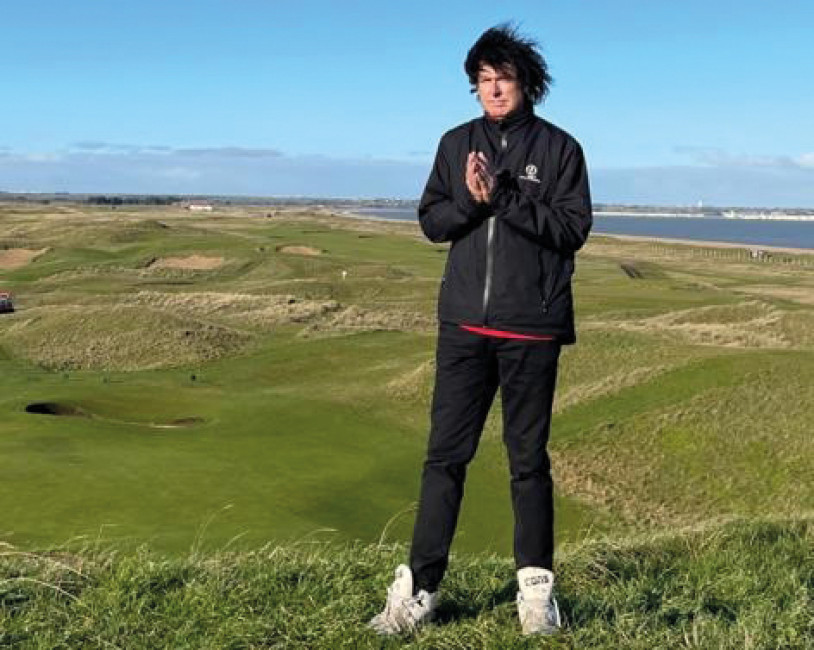 Paul Larsen – The Robert Smith of the environmentalist world!

Who is your hero and why? Robert Smith from The Cure (he’s just a legend)! Seve, as he introduced me to golf.

What has been the highlight of your career so far? Well, more of life’s highlights really… take the time to travel the world.

If your youngest saw you now, what would he think? How the hell did you keep your hair!

Which famous people are you dating back to? Simon Cowell.

What job would you like, other than your own?
Head gardener of the mighty West Ham Utd (beware Dougie Robertson)!

What was the most embarrassing moment in your life? My old car breaks down in the center lane of the M25 in the middle of a traffic jam. I had to wait for a police officer to escort me to the emergency lane.

what is your favorite movie? Reservoir dogs.

What are you afraid of? Apart from no rain… it must be snakes!

What would your autobiography be called… and who would you embody in the film? We are on a road to nowhere and Hugh Grant (a member of Royal St. George’s).

What is your favorite sport? Football and golf.

What would you throw in room 101? What is room 101? After being told… Definitely COVID!

What time and place would you like to visit the most? Very Gothic Vienne in the 13th century.

Do you have a lifelong ambition? To write a book about my escapades!

What is your favorite smell? Sandalwood Eau de Parfum 33

Which three people, living or deceased, would you invite to a dinner party? Robert Smith (singer of The Cure), Hugh Grant and David Bowie.

What’s the best advice you’ve ever had? Never give up!

What’s your favorite anecdote? The highest score Jack Nicklaus ever scored in his professional career (not as a senior) was 83 at Royal St. George’s in 1981 – and Tiger Woods lost his first professional ball here in 2003 !

What is your favorite kit? The Wiedenmann Terra Float Air overseeder.

Which three albums would you take to a desert island? Disintegration – The Cure, Doolittle – Pixies and Bauhaus – In the Flat Field.

What’s the dumbest work-related question you’ve ever been asked? Why don’t you pump boiling water through the irrigation system to thaw vegetables when it’s frosted?

What three words best describe you? Different, sincere and non-conformist.

What’s the most useful thing you can say to a 16-year-old greenkeeper? Do your job with passion!

What talent would you like to have? I would love to be able to sing (unfortunately I’m deaf)!